Known for its beaches, rivers, temples, and busy cities, Vietnam is one of the fastest-growing digital economies and as such, it offers many opportunities for startups. Here we explore Vietnam as a startup location.

At an estimated 95 million inhabitants and a growing population, Vietnam is one of the most populated countries in the Southeast Asian region. A large number of residents live in its capital Hanoi: however, most live in rural areas and work in agriculture. Since the 1986 renovation policy (Doi-Moi) enactment, the country has been moving from an agricultural economy towards one that is industrialised and market-driven.

Vietnam joined the World Trade Organization in 2007, and as a result, the economy has been thriving over the past years with an annual growth of over 5%, and a 6.88% year-on-year GDP (gross domestic product) in the third quarter of 2018. The country’s unemployment rate is low at 2.2%, and the labour force is growing and changing with the rise of the manufacturing and service sectors. Vietnam’s economic developments have attracted foreign investors with China dominating one-quarter of all imports and the U.S. having a 20% market share of all overseas trade. A once war-torn nation is shedding its past and looking towards the future.

Everyone has a past

Vietnam borders Cambodia, China, and Laos and was conquered by France in the 19th century. Despite declaring its independence after World War II, France ruled Vietnam as the “French Indochina” until 1954 when communists overturned the French occupation.

The country was subsequently divided into North Vietnam and South Vietnam–two rival states. As a result of the conflict, the Vietnam War–which ended in 1975–unfolded with military and economic aid from the United States. South Vietnam was eventually invaded by North Vietnamese forces and the country became one under communist rule.

Today, Vietnam’s 58 provinces make up the communist state of The Socialist Republic of Vietnam with Vietnamese as its official language. With its divergent history in the past, the country is making major advances in preparation to become competitive in the digital-economy market.

The digital economy has become crucial for economic growth and promoting the development of all countries as the world embarks on the Fourth Industrial Revolution (Industry 4.0).

Vietnam, like other ASEAN (Association of Southeast Asian Nations) countries, has a comparatively high growth rate in the digital economy. The digital economy–which fuses digital technology with smartphone technologies–has infiltrated all sectors in Vietnam, from trade, transport, and payments, to healthcare, education, and tourism. It has improved process and production models, allowing the Internet of Things (IoT), Artificial Intelligence (AI), and blockchain to transform the world. Vietnam’s digital infrastructure will be founded on the combination of these new and emerging technologies. 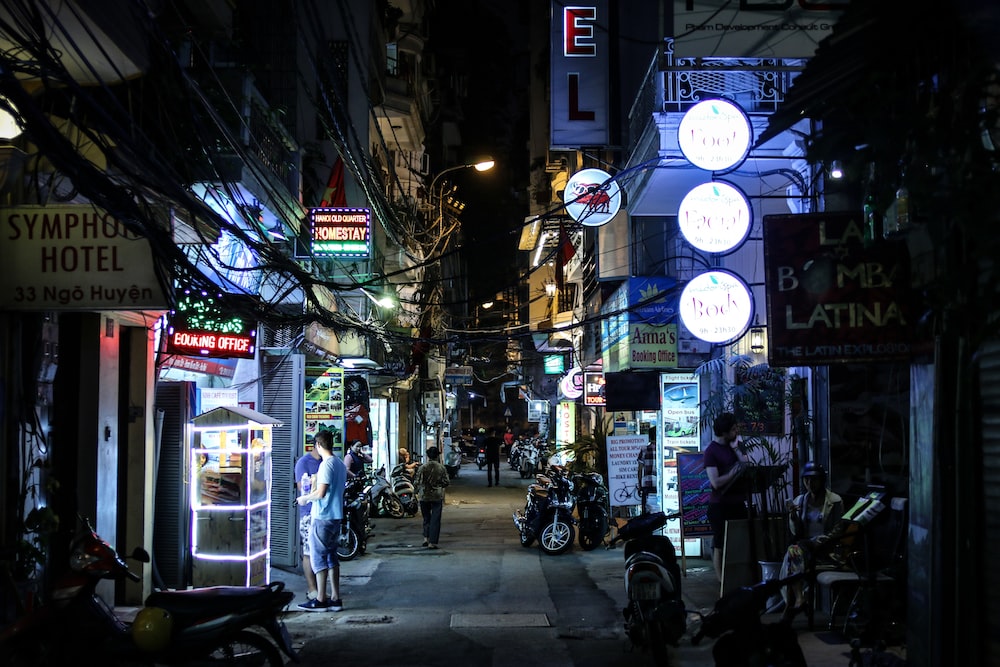 According to Vietnam’s Ministry of Industry and Trade (MoIT), “up to 53% of the Vietnamese population has access to the internet.” E-commerce and online markets in Vietnam have been developing strongly with revenue from e-commerce expanding by 25% annually and expected to reach $10 billion USD in 2020.

Vietnam’s government aims to attract industries and more investors–both foreign and domestic–by creating areas with a well-functioning infrastructure. To achieve this, the government approved a $921 million USD investment plan last year to work on improving its industrial parks. One goal is to relaunch Vietnam’s industrial hubs–already a large contributor to the country’s GDP–making the country more competitive in this market. The hope is to emulate the same successful path that other countries in the region have taken.

In conjunction with this vision for a competitive Vietnam, policies facilitating the development of the digital economy have been announced. Unfortunately, according to MoIT’s Deputy Minister, the policies are disconnected and “there is a lack of a direction and a national strategy for this matter.” He added, “our job is to connect these policies in a way to create a big picture for the growth of the digital economy in Vietnam.” The government is working hard to connect ministries and sectors throughout the system to create a profitable digital economy.

With the digital economy set to skyrocket in Vietnam in the near future, the shortage of an IT labour force has been a great challenge for digital development. In January of 2018, the recruitment agency, VietnamWorks, reported that “15,000 IT workers were recruited in 2016 and that the industry will lack 70,000 workers by the end of 2018.”

However, given the government’s initiative to add more vocational schools–which includes programmes in IT training–Vietnam is increasingly becoming an appealing alternative for foreign startup investors, according to The Star Online’s business news. It also notes that the many government-sponsored programmes that assist with training, mentorship, business maintenance, and growth have helped to generate “a dynamic startup ecosystem.”

With the booming growth of the internet and technology in Vietnam and a record number of smartphone users, Vietnam is poised to become a major player in the booming digital economy. Improvements in the digital and industrial infrastructure will provide the necessary support for the emergence of e-commerce and online businesses. Government focus on streamlining policies and a dynamic talent pool contributes to a positive outlook for the development of a strong digital economy in the country. Vietnam is thus definitely worth exploring as a startup location.

2 thoughts on “We explore Vietnam as a startup location”