Although still in the nascent stage, the startup ecosystem in Cambodia is on the rise. It has been highlighted by a Startup Cambodia survey indicating 96% of Cambodians aged 18 to 35 have the desire to start their own company. The kingdom is also ideally located in Southeast Asia with land borders to Thailand, Laos, and Vietnam, together with short flights to the rest of the region. Companies can be 100% foreign-owned, motivating international entrepreneurs to build their startup in Cambodia and connect with the rest of Southeast Asia. 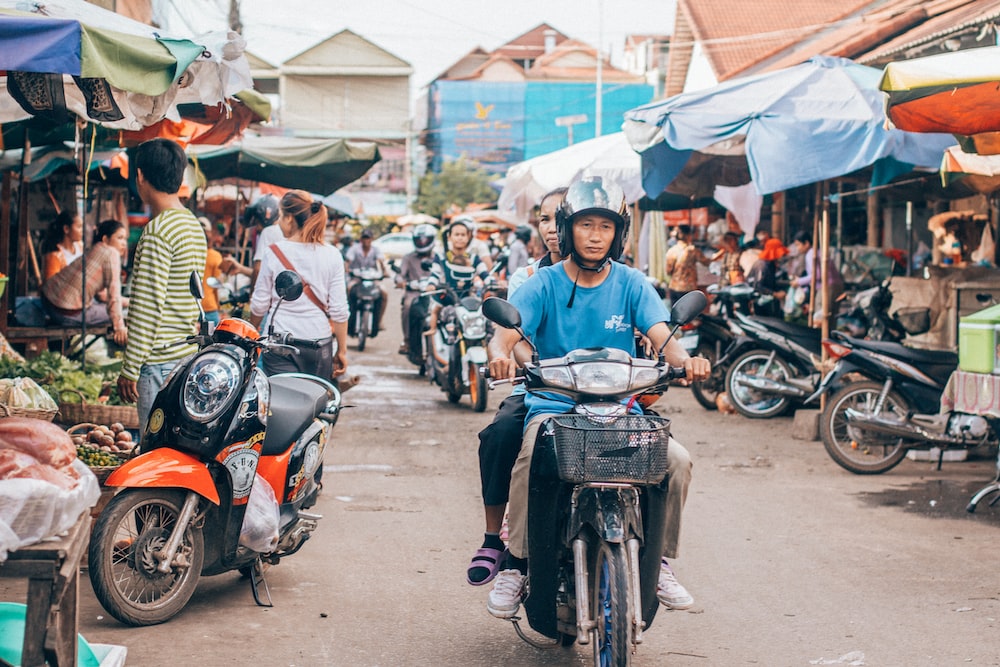 To further fuel the startup scene, the kingdom’s GDP grew 7%, the highest in the region. And the government is getting more involved with helping startups, drafting policies to tackle areas such as funding, tax incentives, tech-based educational programs, regulatory frameworks, and incubator consultations. The government intends to invest $6 to $7 million USD in existing private sector funds to support startup research, education, and funding programs.

Education in STEM subjects is also being promoted to help invest in Cambodia’s digital and technological future. One example that highlights the exciting progression of young Cambodian talent comes from the Liger Leadership Academy, whose students have become internationally published authors, app and digital currency developers, regionally recognized robotics engineers, speakers at TEDX conferences and national award-winning filmmakers – all by the age of 15.

Here is a guide to Vietnam’s startup scene

With a young population that is evidently tech-savvy (80% of them own smartphones), together with the government targets of 100% broadband coverage in urban areas and 70% in rural areas by 2020, it is clear that the tech scene will be a priority sector for economic growth.

The Current State Of The Startup Ecosystem

Currently, Startup Cambodia lists 84 startups and AngelList Cambodia lists 97, indicating that young companies are accessing funding and support–a concept which is further evidenced by the growth of incubators, accelerators, co-working spaces, and investors. There is also international support from DAI-led Development Innovations that targets economic growth and digital acceleration. Also, various online platforms exist to provide information to aspiring entrepreneurs, motivating connections with stakeholders in the startup world. Most startups are tech-related with industry examples including gaming, app development, FinTech, and E-commerce.

Agriculture remains to be a powerful sector in Cambodia, yet farmers struggle to access technical and market knowledge. With farmers becoming more mobile-friendly, the Agritech scene has a demanding consumer base to meet. One such company meeting the demands is Agribuddy. This Hong Kong-based technology platform helps small farmers in the developing world compete with industrial farms. The app provides small farmers with affordable credit, quality agro-inputs, and expert knowledge in a timely fashion to connect them with suppliers and buyers. This system uses agents known as buddies: individuals who work closely with farmers to help them with credit applications and providing technical advice.

Ultimately, the addition of technology results in farmers achieving better yields and more competitive prices for their products. From its inception in 2015, Agribuddy was signing up 350 farmers every day in 2017, working across countries in India, Bangladesh, Indonesia, and Cambodia. In just over three years, this startup has made $54 million USD through diverse income streams such as credit rating, insurance, market aggregation, tools, analytics, crop trading, and transaction platforms. Their future plan is to be present across the whole of Southeast Asia by encouraging incubator investments that will ensure farmers are more sustainable. Developing a peer-to-peer lending platform, their goal is to create a network of a million happy farmers.

Here are the top HR startups in the region

Some Exciting Startups To Note

Started in 2013, the BookMeBus app and website helps people use the national bus, ferry, and taxis services through a convenient online platform. The service allows users to check schedules, compare prices, and order tickets. From July 2016 to November 2016, the platform’s profits rose from $30,000 USD to $70,000 USD. Looking to expand into the rail industry, BookMeBus has widened its outreach into Thailand, Vietnam, and Laos. With funding from four Angel investors, founder Langda Chea also benefitted from a 3-month accelerator programme run by Smallworld Cambodia and Tikers@Mekong.

Launched in 2014, Morakot Technology is a cloud-based banking and loan management platform for microfinance institutions. It is the only FinTech company from Cambodia to be selected to be part of Singapore Startup Bootcamp 2017. Supported by Smart Axiata Digital Innovation Fund (SADIF), Morakot has identified expansion opportunities in Myanmar, Indonesia, and the Philippines. With mobile payments becoming more commonplace as the kingdom becomes an increasingly digital-first region, this startup has a promising future.

After being launched in 2014 by Jay Kong, Joonaak Delivery has successfully secured funding from GSMA Ecosystem Accelerator and SADIF. The company is Cambodia’s first Tech Summit 2018 winner held by Seedstars Asia, gaining further funding and mentorship. Operating locally, they are the first in the market to be delivering packages and letters on a same-day basis.They also have warehousing and packaging services that provide e-commerce fulfillment solutions. Their future looks bright with plans to expand nationally and offer services through their app–a project that is currently in development.

Founded by Kongngy Hav, My Dream Home seeks to resolve the affordable housing problem in Cambodia. Gaining exposure in Australia, Hav developed a construction method using cheap materials to produce interlocking Lego-like bricks made from local eco-friendly sources. His house prices start at 64% of the least expensive houses available in the mainstream market. From 2015 to 2016, enough bricks were sold to produce 105 homes, and in 2016 My Dream House built 10 houses which were all sold within 15 days.

Pi Pay is a cashless payment platform that also features chat, maps, entertainment, retail, and lifestyle brands to engage with the young and digital-savvy demographic. Founded in 2016, they have 250,000 active users making $150 million USD in transactions through their app. With only a small percentage of the population having a bank account, Pi Pay has paved the way for the kingdom to become digitally-focused; hinting towards a potentially cashless future for the country. Backed by Malaysia’s CIMB Bank and Germany’s Wirecard, they are also licensed and regulated by the National Bank of Cambodia for compliance and transparency in their operation. Moving forward, they have partnered with Alipay and WeChat, tapping into the Chinese tourism market.

The startup scene has great potential in Cambodia and businesses are taking advantage of the available support, drawing inspiration from both local and global services to address the needs of the population.