Brexit, the U.K.’s (United Kingdom) departure from the EU (European Union), presents a venture into uncharted waters for the Kingdom with ramifications for potentially detrimental effects on some Southeast Asian Countries.

In March 2017, Article 50 of the Lisbon Treaty was invoked by the U.K., giving Brexit an official launch date of March 2019, after a British referendum in June 2016 voted for the country to leave the EU’s single market and customs union.

Negotiations for the withdrawal have proven considerably difficult as conflicting positions on numerous issues have emerged between the U.K. and the EU. An EU-U.K. deal appears elusive and the resulting political uncertainty signifies fundamental changes in the British trade regime. The effects of which may hit hard in many less-developed countries.

Here’s why Southeast Asia is the best investment location

The issues at stake

In January this year, the British Parliament vetoed U.K. Prime Minister, Theresa May’s Brexit plan. The possibility of a “no-deal” or so-called ‘hard-Brexit’, adds to the precariousness of the global economy, which is already under strain from the U.S.-China trade war. 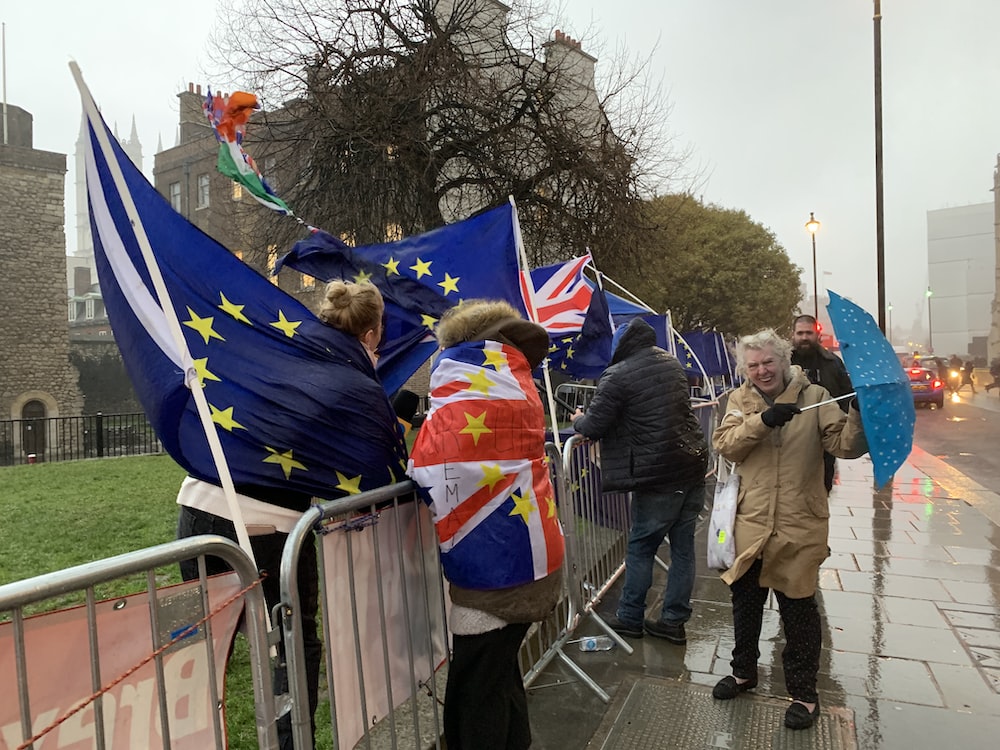 The implications of a hard-Brexit for the U.K. are many. For starters, it will involve a renegotiation of the U.K.´s terms for access to World Trade Organization (WTO) membership and various EU free-trade agreements. The U.K. will also no longer be part of the Economic Partnership Agreements (EPAs) between the EU, the Caribbean, Africa, and Pacific countries.

A “no-deal” also means a U.K. exit from the European Generalised Scheme of Preferences (GSP) and the Everything But Arms (EBA) treaty. The latter allows Least Developed Countries (LDC) countries duty-free and quota-free trading on exports to the EU.

According to the German Development Institute’s (DIE) report, currently 49 of the world’s poorest countries, including four in Southeast Asia, profit from preferential treatment covered by 99% of products governed by the EBA agreement. Based on the UN Comtrade data for 2013 to 2015, imports from these countries to the U.K. are only 1.15% of the U.K.’s total imports, but their export share to the U.K. exceeds 35% in apparel, 21% in textiles, and 9% in sugar. Brexit, combined with the loss of these preferences, may trigger a GDP decrease by 0.01% to 1.08% in EBA countries.

A rise in extreme poverty of nearly 1.7 million in all EBA countries is another issue at stake with Brexit. Concerns such as the depreciation of the sterling pound, a decrease in remittances and investments, along with reductions in aid spending could augment the negative impact of Brexit.

The DIE report indicates that Cambodia will be one of the countries hardest hit by Brexit’s hard exit, given its strong reliance on the U.K. market. 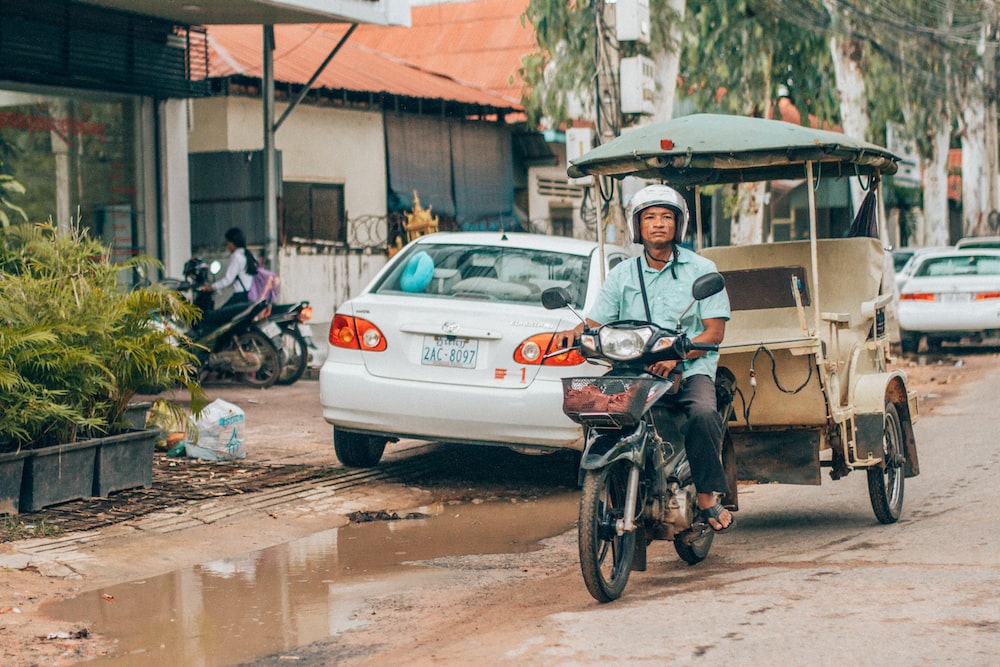 Cambodia has experienced a high rate of economic growth, partly due to robust exports supported by the EU’s EBA agreement. Despite this, the country is on the verge of economic crisis as the EU’s review of the EBA agreement is pending following Cambodia’s ruling party’s ban–seen as political suppression–of the Cambodia National Rescue opposition party in 2017.

In the event of a hard-Brexit, Cambodia will face increased tariffs and barriers. Currently, 7.7% of the country’s total exports go directly to the U.K. With the loss of the EBA agreement, this could mean a jarring overall gross domestic product (GDP) fall by 1%. The economic growth could be reduced by 1.08% and, as a result, household consumption could fall by 1.4%.

The EBA withdrawal would significantly impact Cambodia’s textile industry, causing hundreds of thousands of workers to be laid off according to Professor Emeritus Carl Thayer at the University of New South Wales Canberra. He states that: “this would result in major social unrest and threaten the stability of the Hun-Sen Government.”

Four Southeast Asian countries currently enjoy EBA status: Cambodia, Laos, Myanmar, and Timor-Leste. These four countries, according to the DIE report, will likely encounter a significant reduction in bilateral exports to the U.K. with Brexit. Southeast Asia’s trade will inevitably experience obstacles with Brexit as well; for instance, the food trade is expected to decline a total of 4.14% across all LDC’s.

A “no-deal” Brexit is expected to significantly impact the auto industry since many companies in the industry have adopted an as-needed inventory policy. With reinstated customs procedures between the U.K. and EU countries, delays could cause upheaval in auto supply chains.

Asian automotive experts agree that hard-Brexit implications for Asia span from companies being compelled to reevaluate investment strategies to governments considering new trade deals. A Nissan spokesperson noted that an abrupt modification of trade terms between the U.K. and the EU would have “serious implications for British industry,” while a Honda Motor spokesperson stated that, “the U.K.’s departure from the EU without a withdrawal agreement would pose serious challenges to the company’s highly integrated European business.” The spokesperson further noted that the imposition of tariffs on goods moved between the EU and the U.K. would impact companies’ competitiveness.

What are the emerging Fintech trends for Southeast Asia?

What are the countermeasures?

The U.K. is keen on preserving its status in the global economy and is undertaking alternative trade deals. According to a senior fellow at the Council on Foreign Relations Edward Alden, “the U.K. will be very aggressively pursuing trade agreements with Asia and the U.S.”

Anthony Kim, a senior policy analyst at The Heritage Foundation corroborated this by stating that the U.K. will be pursuing a proactive trade strategy. Liam Fox, the U.K.’s Secretary of State for International Trade, has been promoting talks of bilateral free-trade deals and a Trans-Pacific Partnership over the last two years to countries such as the U.S., South Korea, and Japan.

The DIE report cautions that “the UK must act to mitigate the adverse effects on economically vulnerable countries.” However, LDC’s should expand their export markets and industries in anticipation of Brexit and consider initiating an economic transformation that involves strategies requiring less dependence on U.K. trade, aid, and foreign direct investment.

With its unparalleled high-level economic dissolution, Brexit presents a remarkable challenge to the global community and certain Southeast Asian countries in particular, demanding that each country secure a contingency plan as its aggregate effects remain uncertain.

One thought on “Brexit’s toll on Southeast Asian countries”